An invitation to you and your friends to attend ANYTIME (with appointement) over the Christmas season and beyond.

Due to Covid my usual Christmas Show has been downsized to being open by appointment only. 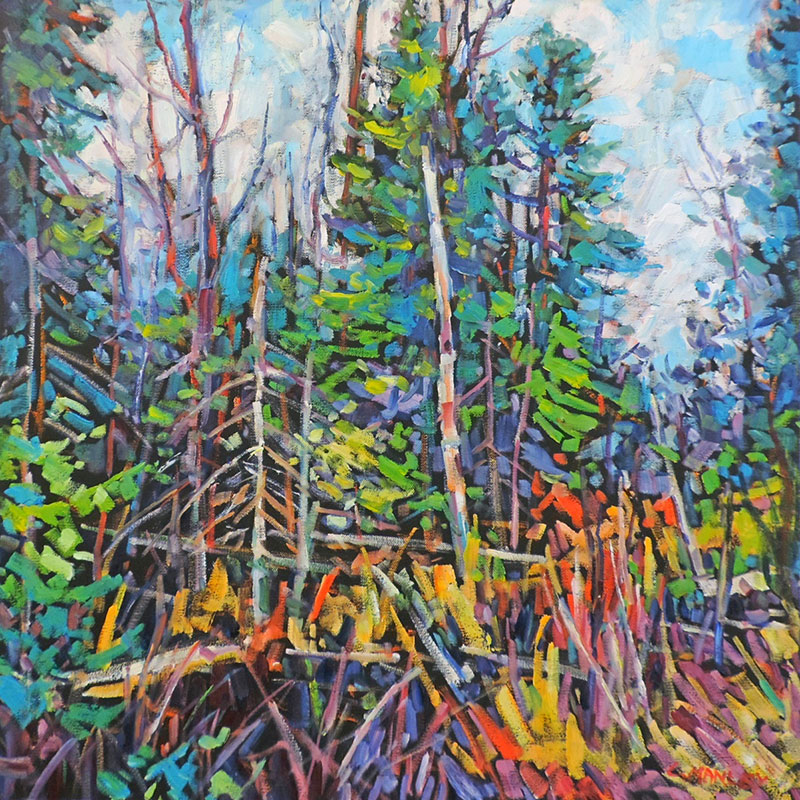 My painting ‘Spring Awakens’ was chosen by Simon Ward of The Strumbellas for the cover of his new solo album entitled Simon and the Island. The band originated in Lindsay, Ontario, and is known for its New Rock/Alternative Rock style. You can google them to hear their music. He has seen my art most notably in the Lindsay Gallery when Sheila Davis and I held a Joint Show “Double Vision“. He says that he is very attracted to certain colour combinations, and use of colour – always very particular about it in any of the artwork, etc., for his music – and saw a similarity between my use of colour and his. Simon often writes about tough subjects – loss, struggle, hardship, but he always has a glimmer of hope tucked into his lyrics and songs. He felt my painting, ‘Spring Awakens’ shows that same glimmer of hope! There’s sunshine on the horizon. He had purchased my painting when it was exhibited at Gallery on the Lake in Buckhorn and arrangements were made for it to be on his album.

To read more about the new album and how Spring Awakens moved Simon Ward to chose the painting for his cover art, please visit Canadian Singer-Songwriter Simon Ward Wants You To Know You’re Not Alone.